Eierhals is a hotel and restaurant with a long history.

The Merz family has been living in Eierhals since 1744.

Their life’s work was farming and fishing until 1891, when our great-great-grandmother had the idea of opening a restaurant.

Our grandparents, Leonie and Josef Merz, continued to run the business for another 42 years.

After that, our parents Vreni and Hanspeter took over their parents’ business, which they put their heart and soul into.

Sadly, our dad was taken from us too early and passed away in 2020.

As a result, we – Verena, Judith and Annette – have become increasingly involved in the business and are helping out.

We are one of the only restaurants in Switzerland to operate our own professional fishery.

That means the fish on our menu is freshly caught every day from Lake Aegeri.

Whether it’s a birthday, a company or family meal or just a few leisurely hours catching up with friends:

We wish you a comfortable stay at the Eierhals – enjoy it!

Your hosts, the Merz-Betschart family 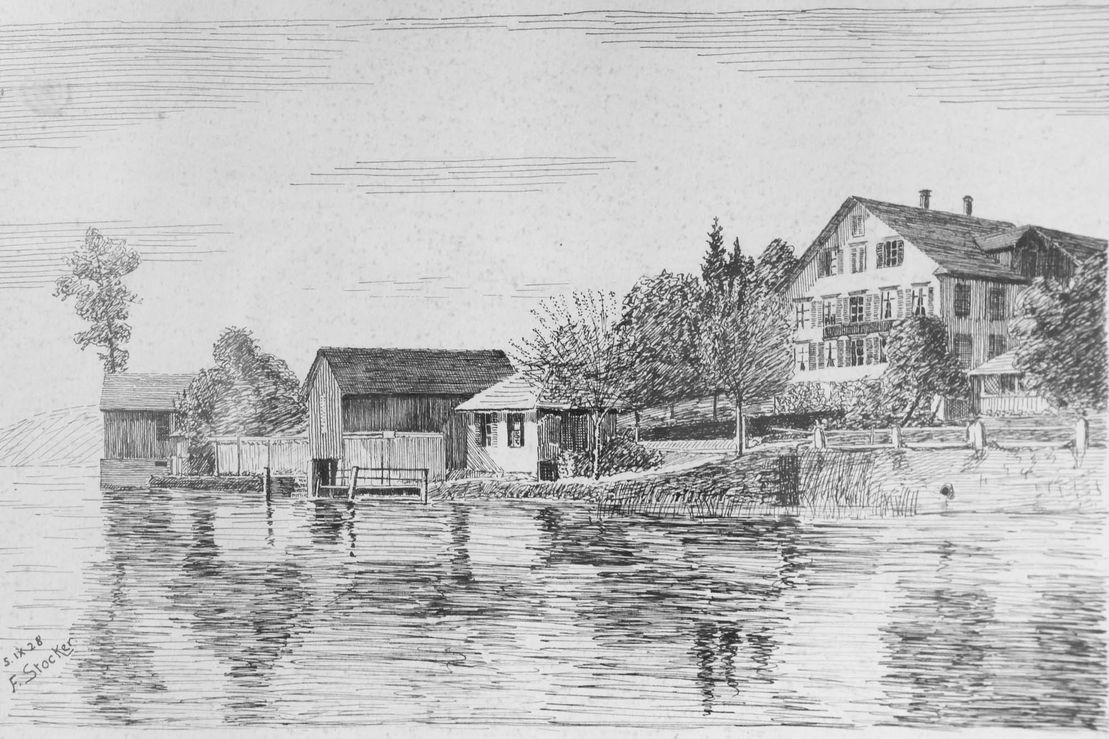 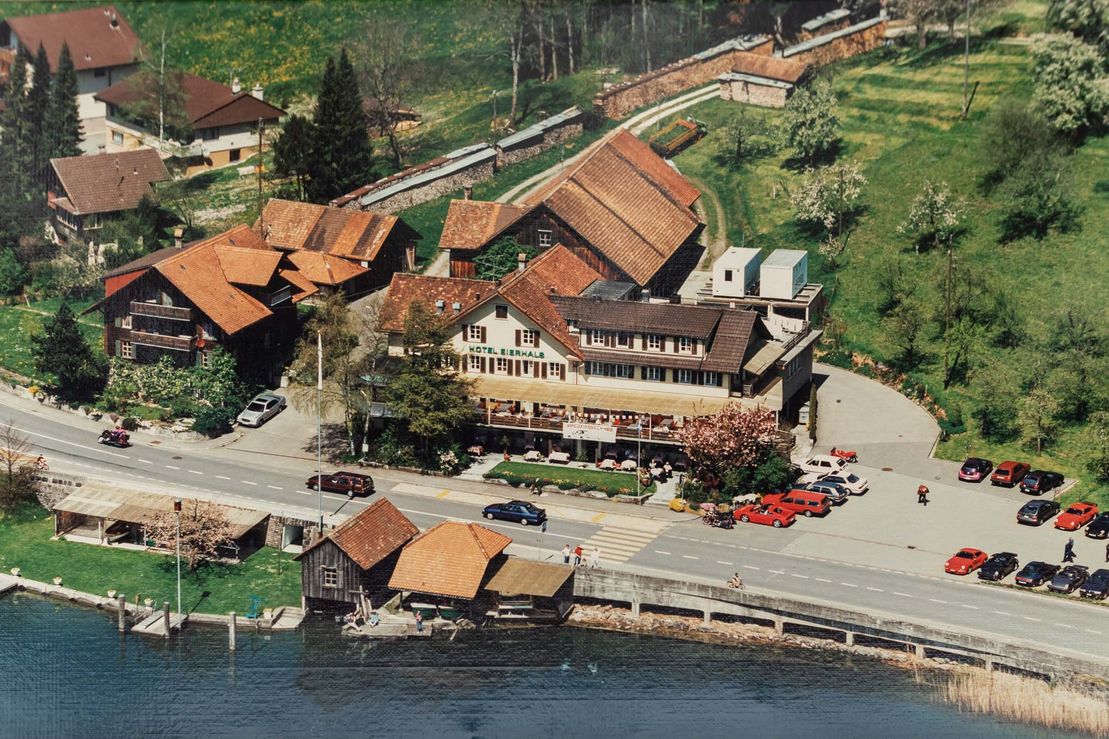 Zug’s “Urkundenbuch”, a book of medieval records and documents, contains some interesting references to the Eierhals in Oberägeri.

The name crops up in various documents dating back to 1400.

But in the documents, it’s always written as “Heierhals” and not “Eierhals”.

Heierhals started as a mischievous nickname:

a miller once used to sit by the stream, right next to what is now the Eierhals, a happy miller who, even in the early morning, would let forth a whoop of joy into the clattering of the mill wheel; he whooped with pure delight and, at that time and in that area, whooping was called “heien”.

The whooping miller was therefore a “Heier” and the sound was coming from his throat, or his “Hals”, and so the name “Heierhals” was born.

Thus, the name “Heierhals” (now Eierhals) refers to the joyful, whooping miller by the stream.

And now we know that “Eierhals” actually refers to a whoop. Many a happy guest has also let out a whoop of joy as they left the Eierhals and so, unknowingly, greeted that happy miller by the stream, after whom the property is probably named.

If you know the four of us, then you’ll know that we’re a mischievous bunch!

Vreni is the boss.

Verena is a trained chef and fish farmer and is currently studying at the Hotelfachschule Luzern.

Judith is a trained restaurateur and works at the Eierhals.

Annette is a trained confectioner and works at Pfyl in Hedingen.

If you haven’t met us yet, why not drop by and see how quickly strangers become friends!

Our traditional fishery has a long and well-documented history.

There are fewer than a dozen professional fishermen still practising their trade on Lake Zug and Lake Aegeri today.

There are currently 32 species of fish, one species of cyclostomata and three species of crab known to be living in Zug’s lakes and rivers.

First documented in 1281, this fish species also served as a means of payment until the Late Middle Ages.

To this day, the classic “Rötelmahl” (Arctic char dinner) in November is still considered a real treat and a cherished tradition by lovers of the dish.

At the Hotel Eierhals Royal, our fish specialities, freshly caught almost every day at the hotel’s own fishery, are among the highlights of the menu.

 Watch the SRF video here “A glimpse into the life of a professional fisherman” about our great-grandfather.